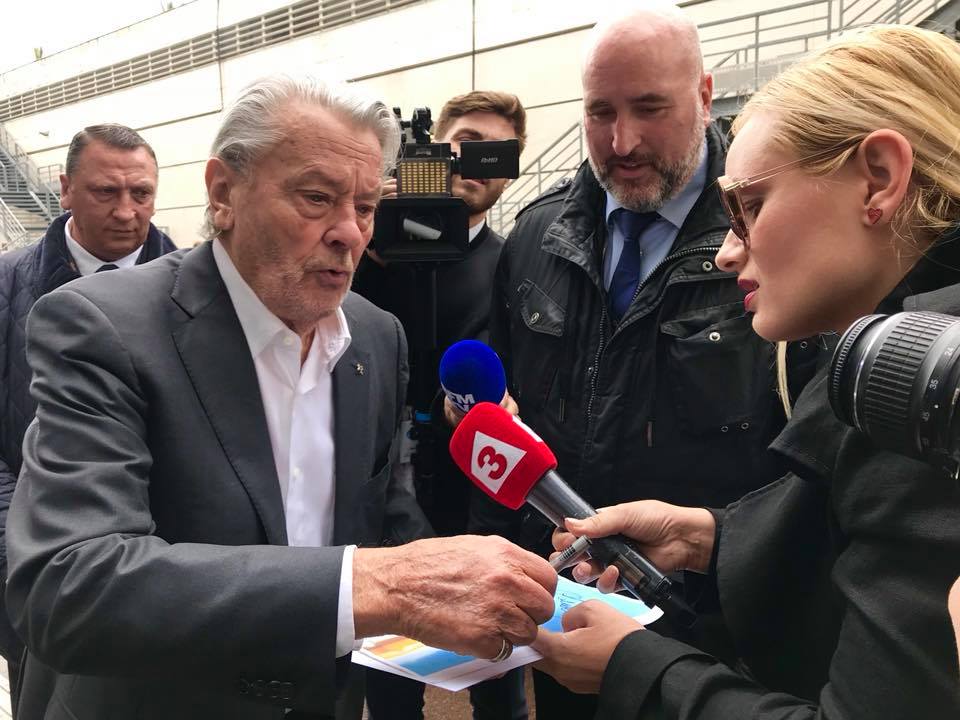 The multimedia exposition „Tête-à-tête“ shows the most important moments from the contest for the Palme d’Or award at this year’s 72nd ceremony at The French Riviera.

The exhibition features video materials, interviews, photographs, posters and autographs of world-famous stars, whom the “Channel 3” reporter, Ivelina Kuncheva, and the camera operator, Tassi Asenov, met during the 2019 edition of the Cannes Film Festival.

Alain Delon, Antonio Banderas and Javier Bardem are only a fraction of the actors interviewed by the team this year. Among the exhibits in the show is the heart-shaped autograph of Monica Bellucci on the camera operator, Tassi’s shirt.

Also in the exhibit are original film posters autographed by the actors from movies like “Once Upon a Time in Hollywood” by Quentin Tarantino starring Brad Pitt, Leonardo DiCaprio and Margot Robbie, “Rocketman” by Dexter Fletcher, which tells the story of Elton John, and Xavier Dolan’s “Matthias & Maxime”.

The exposition „Tête-à-tête“ will take place during the course of the International Film Festival “Love is Folly”, and will officially open on 26th August at 7:30 pm in the foyer in front of Hall 1.